We can’t possibly recommend Locke Real Estate highly enough! Over the last 12 years, Marcia Nash has helped us to purchase three homes and sell two, and we would never work with another brokerage. Marcia is not only tremendously knowledgeable about the real estate market in Ottawa, but she is also passionate and committed to her clients. Marcia has guided us through a number of different and complex situations, and we have always trusted her experience and believed that she had our best interest at heart. In addition to providing exceptional real estate services, Marcia has an extensive network of contacts including general contractors, structural engineers, electricians, painters, designers, stagers, and repair professionals. We have often benefited from this network and have found these professionals to be just as top-shelf as Marcia!

My husband and I couldn’t be happier with the service we received from Joëlle Allaire and Sam Barry. We thought our house would be a hard sale since we had been on the market with absolutely no movement. We decided to try Locke Real Estate after being referred by friends and family. It was a great decision because only 2 months and a bit it was SOLD. Both Joëlle and Sam communicated with us and gave regular updates. They negotiated with what we wanted and we ended up very happy in the end. I recommend them both if you are looking for agents.

We used Locke Real Estate for both the sale and purchase of our home and had a great experience. Our Realtor Sam Barry gave us great advice about the area and current market. He’s also very knowledgeable about home improvements and we appreciated his insight when viewing homes. When it came time to buy and sell our home he was very organized and efficient. We received practical advice about staging and our house sold in 3 days. I would definitely recommend Locke to anyone buying or selling in Ottawa.

Marcia Nash was amazing at helping me find my first home in Orleans.  When my husband and I were married and were looking for our first home together, I called on Marcia because she had been so amazing in the past.  We told her what we were looking for, and she got it!  She intuitively knew which homes we would love and which we would not.  She helped us find our “forever” home and we are so thankful.  I highly recommend Marcia if you are looking for a real estate agent that will make the process painless, fun and rewarding!

We arrived back in Canada in March 2018, after 20 years in England, and began camping out in my brother’s basement in Orleans. Fantastic as it was to be back with family again, we didn’t want to abuse their generosity. The move across the pond was also intended to give us more house, with no mortgage. But . . . .In the 6 months since we’d first started scouting out Ottawa, the market completely shifted. House supply dropped 75%. People simply weren’t selling. The buyer’s market had become a seller’s market. Prices were skyrocketing.

If we didn’t move fast, the dream wouldn’t happen. That’s where Joelle came in. We’d met her several months previously when we were initially scouting out the move. Joelle is a 100% People Person. Chatty and competent. She knows her business, and she knows the Ottawa market. We can’t have been the easiest of customers. We wanted to be near nature, and away from noise and busy-ness. We’d been living in one kind of house in the UK, and had to re-learn how to live in a Canadian house. But what did that look like? What did that feel like? We really didn’t know. Joelle was very patient with us, and took us round to a lot of houses, all the way from Limoges to Kanata. It took six weeks, but we got there. In June, 3 months after arriving back in Canada, we moved in. No mortgage, cash to spare, 5 minute walk from the river. Wow! Much obliged, Joelle!

We were very impressed with many aspects of working with Sam. We felt that he really wanted us to be satisfied with our purchase and not just trying to sell a house. He really took the time to understand our needs, and at no point did we ever feel that we were being pressured in any other direction. When we viewed a property with him, he looked very carefully and thoroughly through the property and helped us to identify any possible future problem areas. His experience and knowledge showed in what he was able to highlight for us and his understanding of the buying process. Finally, he was always prompt and prepared for all of our viewings and meetings. I would highly recommend working with Sam to anyone.

We hired Cathy Joyce to sell our parent’s home in Orleans and found her to be a very professional agent, knowledgeable with the area, as well as sensitive and compassionate to our situation. She presented us with many comparables as well as her marketing strategies and was very easy to communicate with. When we had questions, she was there to answer them immediately and was very flexible with her schedule. She gave us great advice on staging the home which we followed and proved to be the best advice for a quicker sale. The sign went up on a Thursday and by the Saturday we had an offer that we were able to work with. We highly recommend Cathy Joyce for either buying or selling and know that many others will be satisfied clients as we have been.

I am so thankful for knowing Marcia Nash, an excellent Agent. In 2009 Marcia took our townhouse and sold it for more than any town in that complex ever sold for before.  Then in 2015 Marcia sold our home in Blackburn Hamlet for us to move to Orleans all in less than 1 month.  She did this all from a remote location in Florida while she was away with her family.  For the 1st few weeks of communicating with Marcia I did not even realize that she was out of the Country. The buying of our new home was great.  The selling of our blackburn hamlet home was seamless.  From staging to listing and SOLD in less than 1 month!  I often tell everyone if they need an agent go see Marcia Nash she will never let you down !!! Professional all the way.

I had the pleasure of working with Joelle Allaire for the sale of my Orleans townhome. She is warm, caring and lovely. I could see that my interests as the seller were at the heart of all our transactions with potential buyers, and she made sure that only serious offers were entertained. Her instincts were ‘bang on’ with respect to timing, as well as pricing of my home, and it sold for much more than I had originally expected! I would do business with Joelle again in a heartbeat, and I highly recommend her for all your Real Estate needs. She is a wonderful lady!

I’ve used Samuel Barry as my agent for a few different properties in Orleans and the service has been excellent each time. He’s even helping me and my family with a new construction, providing great advice on features and add-ons that will maximize resale value down the road. I highly recommend Samuel and the entire Locke firm to anyone in need of an agent.

Dear Cathy, thank you for all your time, patience and guidance in helping us find our new home. We are extremely grateful for everything you have done. We hope this small token of our gratitude will adorn your home each Christmas as a reminder of the hope and friendship you have given us. Thank you and God Bless.

Samuel, he’s like the Amazon prime of real estate. This is my 3rd purchasing process and usually I work with the listing agent. I also tried MULTIPLE agents in the past and no one did compared to Samuel. For me it’s all about honesty, transparency & SPEED! Samuel did answer us with all of our questions and was FAST! Also he never pushed us for an offer or never complained to see a house. Thank you Samuel!

Marcia was awesome. She handled our sale with skill and poise. We thought about going it alone, but in this market, we definitely would have left money on the table. She was worth every penny. There is no way we could have waded our way through the “offer frenzy” that ensued. She was a pleasure to work with and helped make it fun. The suggestions she made helped our eventual move go smoothly, too. Highly recommended.

Cathy Joyce at Locke Realty is an exceptional agent ! I was convinced that I was going to list with Com Free and reduce my cost of selling. I subsequently met with Cathy and decided to list with her instead. That was a very good decision. The value she provided was very evident from the start and I never looked back. She is a very knowledgeable agent and her many years of experience showed. She is a very honest and likeable person to deal with. In a very competitive profession where there is no shortage of agents willing to sell your house, Cathy is a breath of fresh air. I rate her service as outstanding. You won’t find better.

I want to thank Cathy and Joelle for their help. They are very attentive to your needs. always ready and willing to show houses on short notice.They have all the tools to help you make sound decisions in the biggest purchase of your life. I would recommend them without hesitation.
Thanks ladies I really appreciate your time and professionalism.

We had Samuel Barry as our realtor and we couldn’t be happier with his service. We bought our new home and sold our current home through him. He has always been incredibly professional, honest and helpful throughout the whole process. We would highly recommend him to everyone!

WALK EVERYWHERE from this 2 bedroom condo on the second…

Did you know we can help you with your pets during showings?! 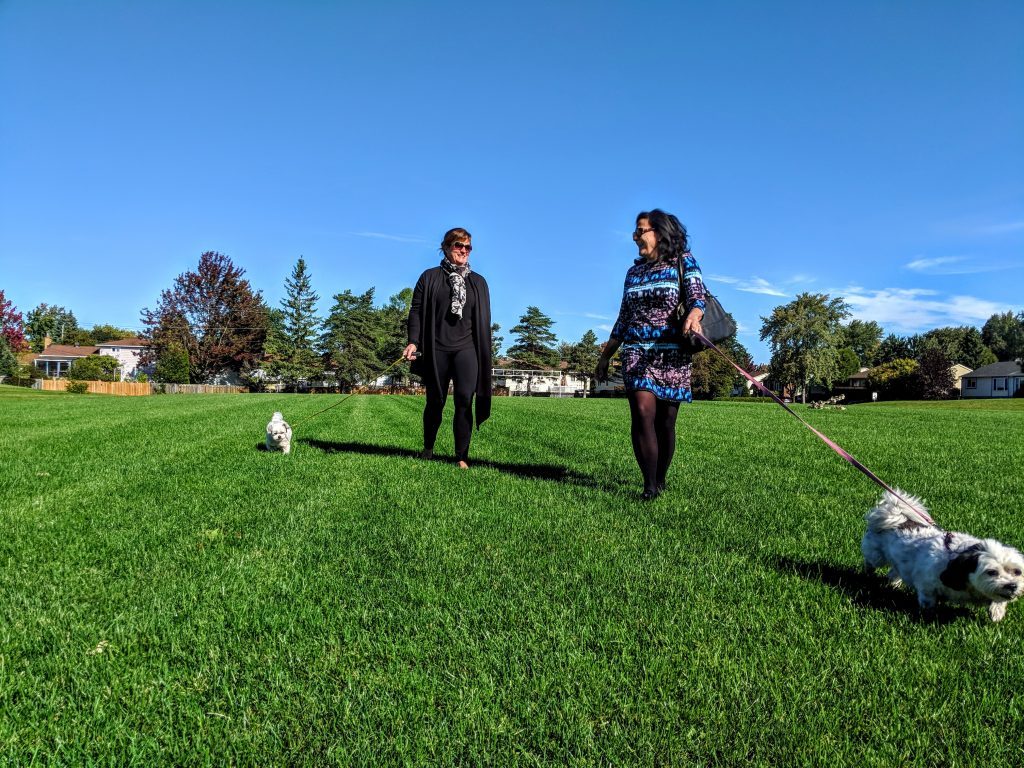 Your furry family members are very important to us and we understand how selling your house can be stressful for you and them.
Ask us how we can help you accommodate them during showings.